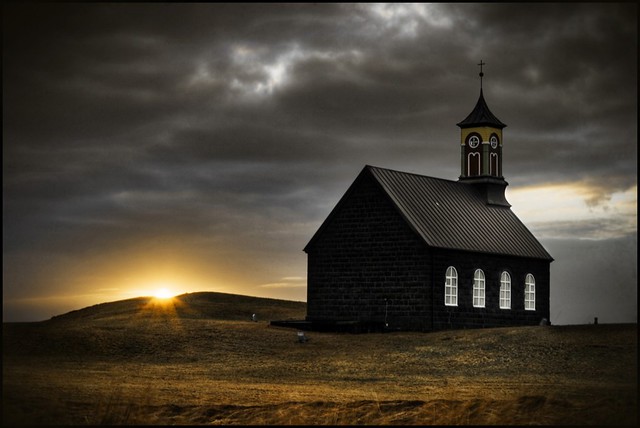 A while back, when I was having a time of prayer, I felt the Holy Spirit say, “When are my people going to let God dwell in His House? They have evicted Him with their compromise and complacency, and it is full of the deeds of darkness.”

I was startled by the force of this message, and so I began to write the following, which I believe is also what God feels about His Church:

“He is the OWNER of the House. We get to live in His House, but it must be under HIS conditions. God’s rules and conditions will PROTECT His House. It is GOD who knows what is best for those who dwell in His House, but they act like THEY own the House, and they behave in ways that are CONTRARY to God’s “House Rules”. If His people continue to rebel and run His House in their own ways, they will cause great damage to His House, and many churches will fall because of this.

The parable of the Vineyard tells us that the Owner of the Vineyard had gone away on a long journey and had sent people to “sort it out” whilst He was away, but the people who were supposed to be looking after the Vineyard beat up those whom the Owner had sent to them. When He sent His only Son to go and “sort it out”, they killed him! This is what God’s people are doing every time someone comes to them to warn them to Wake Up and “Prepare the Way of the Lord”. His people push them out and say, “We don’t need you! We have been ‘doing church’ like this for a long time. We are quite happy thank you! Leave us to do it OUR way”.

God’s people have EVICTED God from His OWN House! Through the many “Wake Up” calls He has been sending to the global Church, God is trying to enter His Dwelling Place again, but the people won’t let Him in. WAKE UP Church! Open the doors and let God back in HIS House! Let Him have HIS way in HIS House! How long are we going to bind and gag Him and throw Him out every time He tries to get back in?

Why do we think we can do a better job on our own, without Him? Who do we think we are to presume that we can do the works of God without Him? The Church knows the truth but is doing nothing of any significance about it, other than continually implementing the ‘ideas of men’ to try to solve their problems and those of society.

The outcome of the failings of the Church is that the nations are perishing. The Church is not representing the truth of Christ on this earth. The Church is delivering a diluted message that is merely pleasant and soothing to the ears of its hearers, but doesn’t convict them of sin or the need to repent and believe His word. Without God in the House, the Church’s message is devoid of the challenging, convicting, life-transforming power the Holy Spirit. If we don’t let God back into His House to bring it into order, the house that WE have built for ourselves, on the shifting sands of our own desires, will crumble and fall.”

Come on Church, Wake Up!

Michele is the author of Come on Church! Wake Up! ; The End of The World  and The Gospel of Deception – Counterfeit Christianity and the Fate of Its Followers

Available WORLDWIDE as paperback and Kindle, on Amazon, Barnes & Noble, and many other online book stores.